Processing garden produce into winter preserves is a time-consuming business.  This week it has been the turn of windfall apples, the last of the cherry tomatoes, and an over-abundance of courgettes. 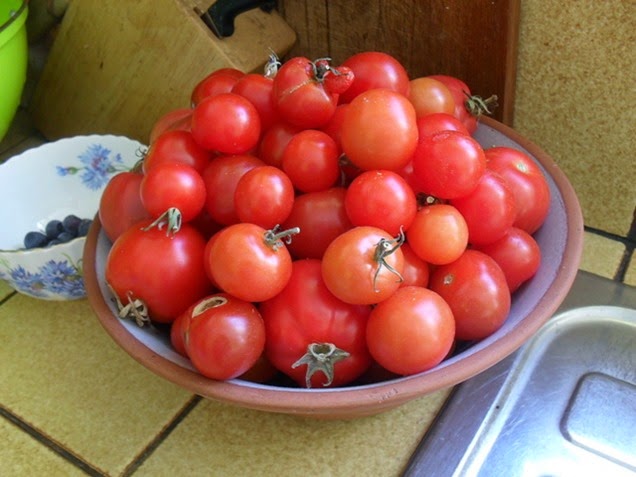 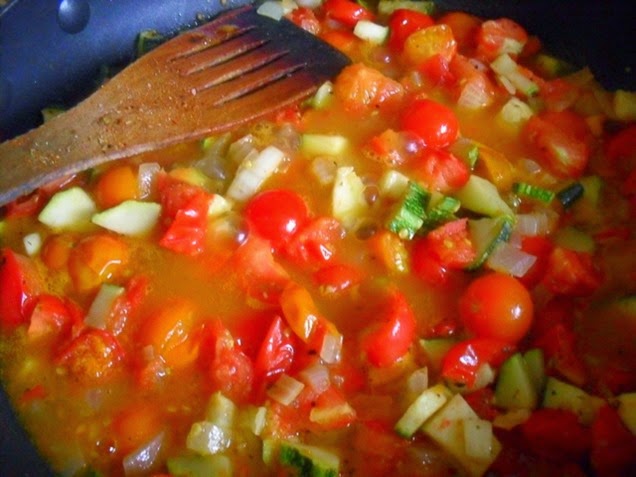 The last of the Cherry tomatoes turned into pasta sauce 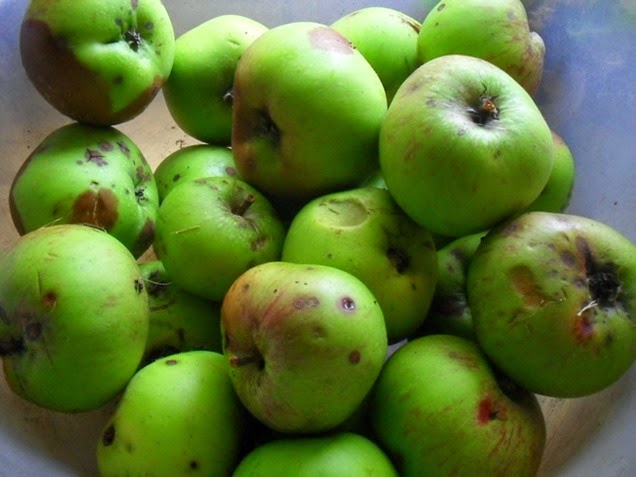 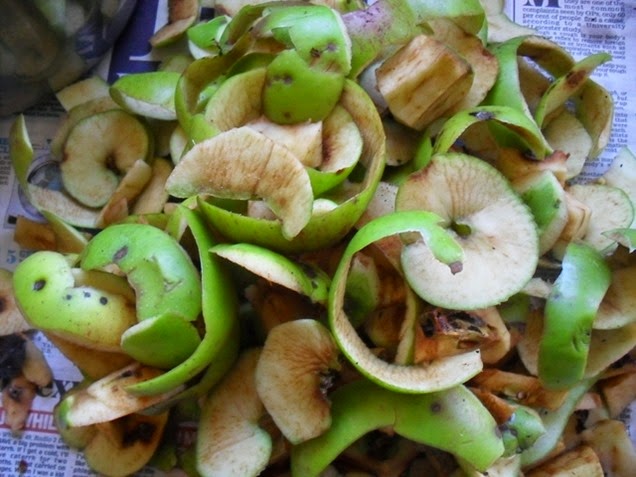 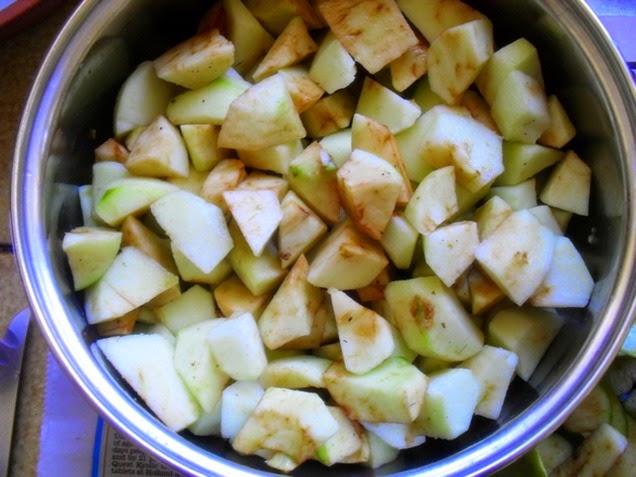 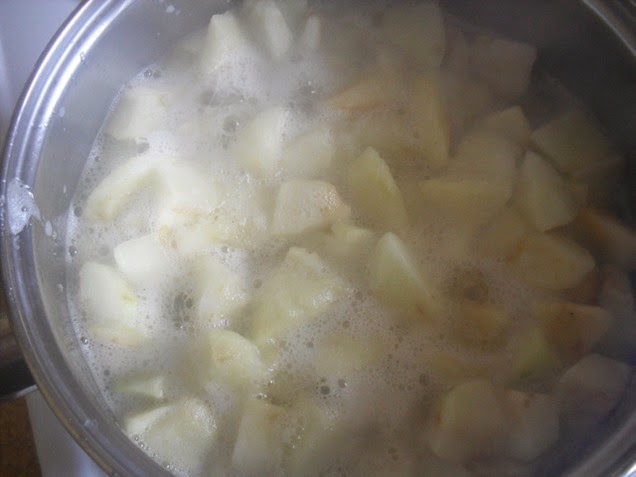 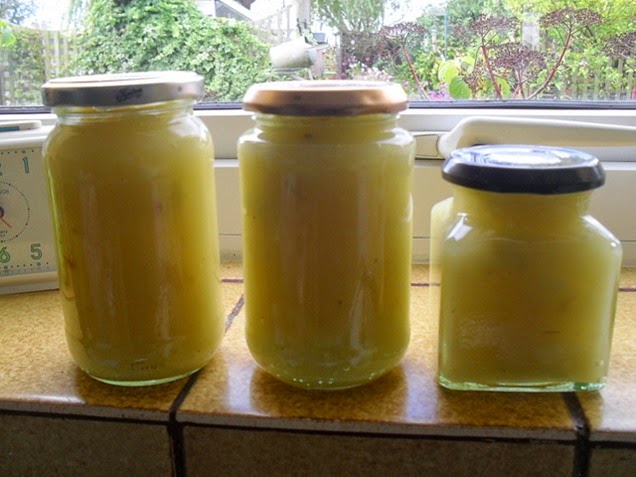 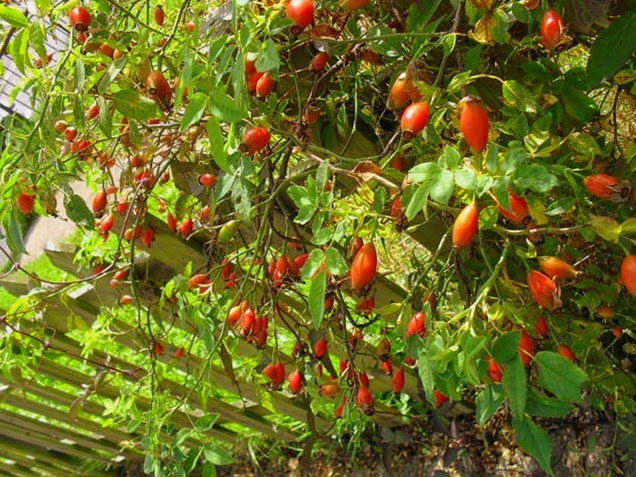 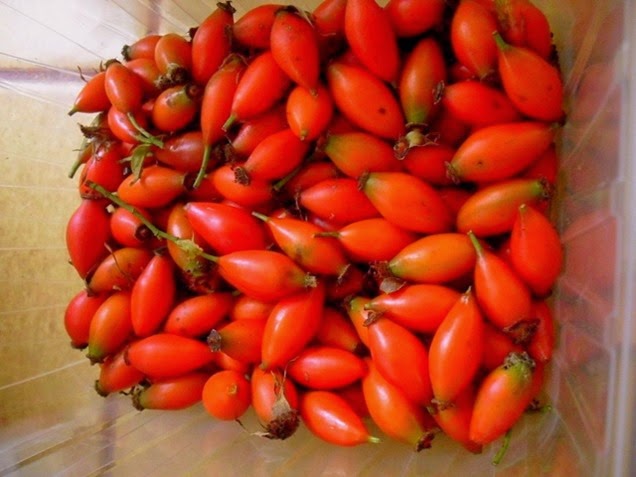 Rose hips ready to be turned into syrup 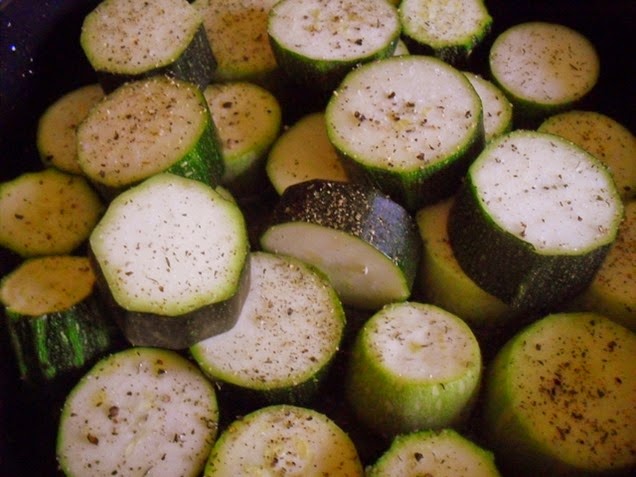 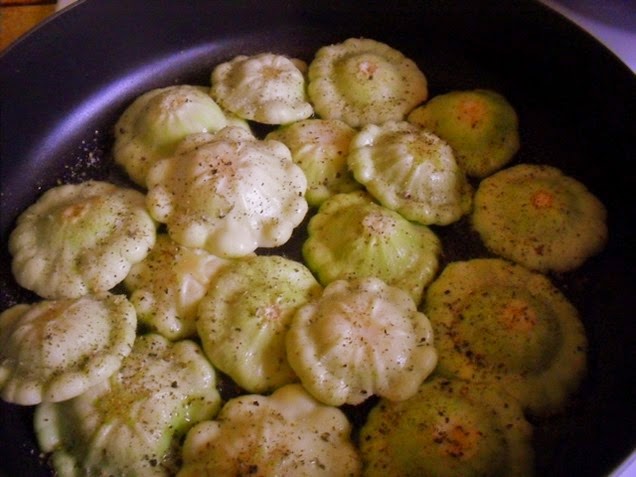 Patty pan squashes and courgettes cooked and pureed ready to be turned into soups.

That’s it now – no more – I am quite happy with what I have achieved this autumn in preparation for winter.  And may I say that if I don’t see a courgette ever again it will be too soon.

When we are away from home taking a break at the coast – I think about the garden – will my neighbour keep everything well watered – will I have huge marrow like courgettes to come back to – will all my new seedlings have withered in my absence.

I needn’t have worried.  I harvested as much as I could before we went away – told my neighbour to concentrate on the greenhouse should she be pushed for time – and kept my fingers crossed that everything would be okay. 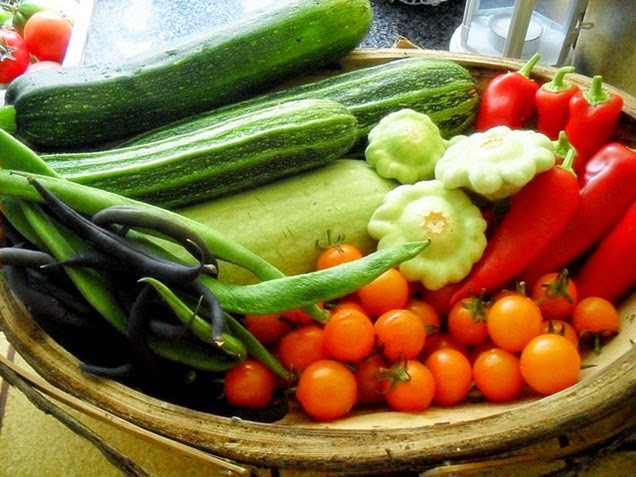 And as you can see – no huge marrows – a few beans from the greenhouse – loads of patty pan squash – and all the chillies ripened.

There were one or two problems though.  My two wigwams of late sown runners had serious problems.

One  was infested by blackfly – I have never seen anything like it – unfortunately I couldn’t get a good photo to show you – and the other  has an infestation of green beasties (shield bugs maybe)?  These are eating the buds as they emerge. 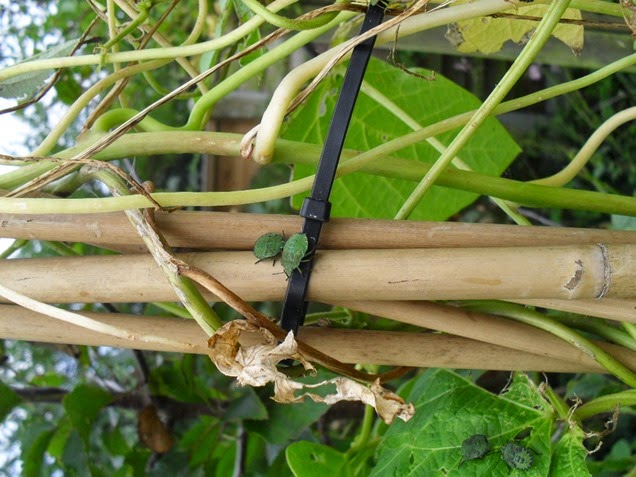 So the whole crop is ruined and will have to be pulled out tout suite.

I still have masses of Sungold tomatoes ripening outside – no sign of blight (touch wood). 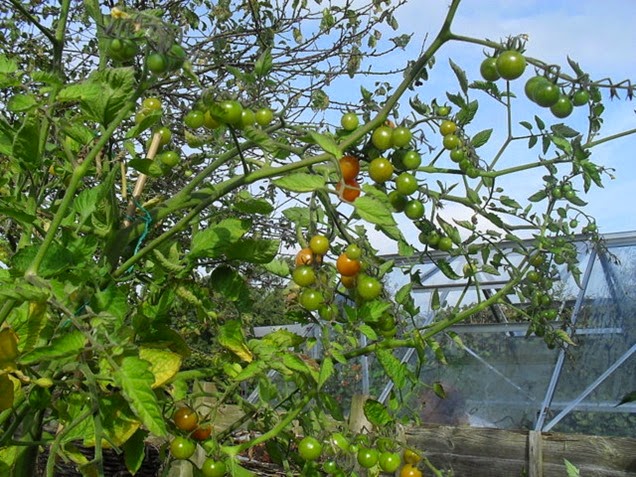 The patty pan squash plant is rampant and full of what look like baby space ships – so cute. 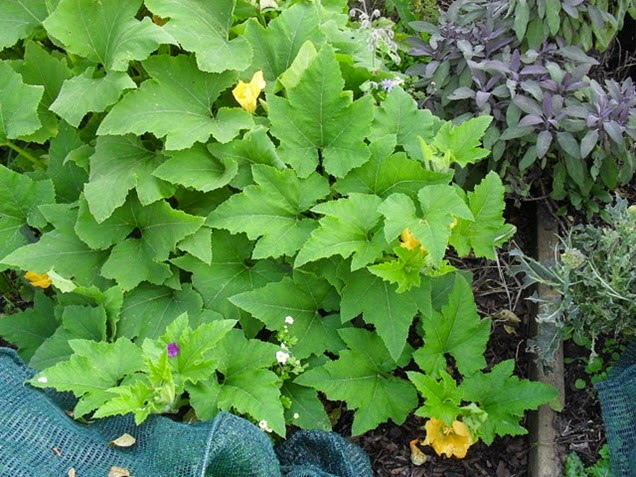 The seedlings in the greenhouse have doubled in size – although something has eaten the baby lettuce (on inspection I found a big slug sleeping under a pot). 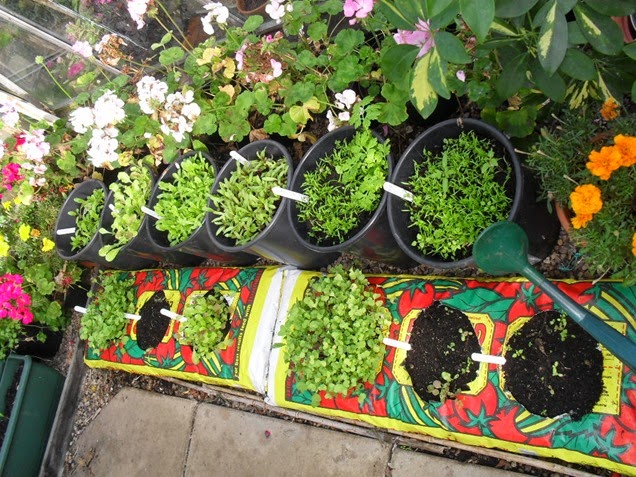 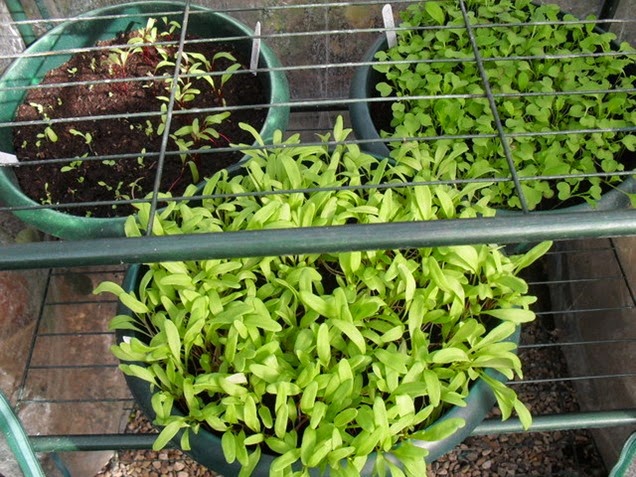 And the kale plants that are waiting to be put in the courgette bed are looking pretty healthy and don’t seem to be suffering from being kept in pots.  I have put them outside now to harden off. 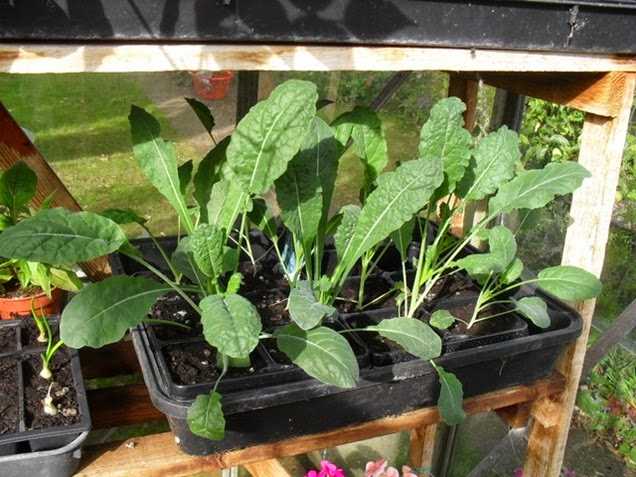 The winter onions have sprouted too – so very soon I will have to find space for them in the raised beds.  Has anyone ever grown onions in containers? – did they do okay? – that is something I may have to resort to – it’s all going to be a bit of a tight squeeze out there. 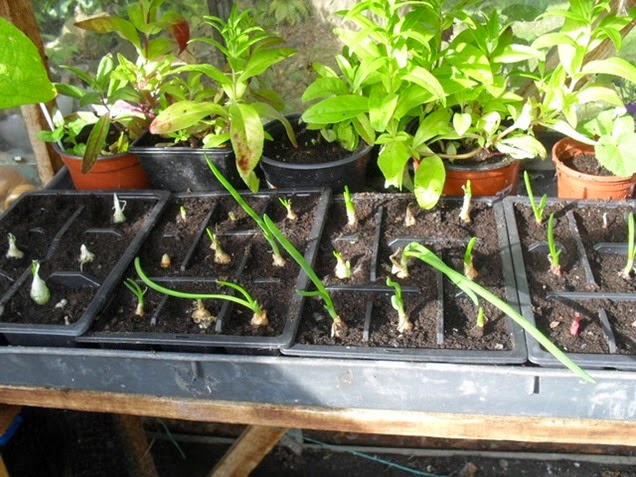 So, all in all I can breathe a sigh of relief.  I did get a veggie garden fix whilst I was away though.  In Wells there is a fantastic allotment area  - just one field away from the sea.   The plots are on the whole beautifully kept and one in particular that you can see from the lane is a model of perfection – I didn’t have my camera with me (slapped wrists)  – I am sure you would have been as impressed as I – talk about busman’s holiday!

The other thing I wanted to mention is why are restaurants so stingey with veg? They never seem to include them with the meal – sometimes they are listed as a side order – when the meal could really do with a bit of green on the plate.  The fashionable thing seems to be to put on the menu where  all the meat and fish is sourced locally – on one menu in particular the veg was supplied by Fred So-and-So from his allotment.  Well, all I can say is, that Fred was having a bad year with his veg, or he was keeping the best for himself.  Where were the runner beans, where were the French beans, where were the spinach and chard -  surely he must have had loads to sell on – one meal we had, included some curly kale, which was as tough as old boots and certainly didn’t add any flavour to the meal at all.  I know in the main restaurants like keep things seasonal, but even I, with my limited means, could have found something green to add to the meals – they all seemed to be very keen to add salad leaves to everything though.  Sorry – rant over – you have discovered one of my ‘bete noirs’.

‘Til next time – happy harvesting.

Gardener Cook ~ Waste Not Want Not

I seem to have been doing a lot of pressing, squeezing, chopping, cooking and tasting – all in the name of filling the freezer and preserves cupboard.

Is it some deep-felt need to go through this every year – originally in case of times of hardship.  Well, not really – I mean, everything is readily available in the shops – so what makes us keep on with this ancient practice of hoarding food  against the shortages of winter – when we know there won’t be any. 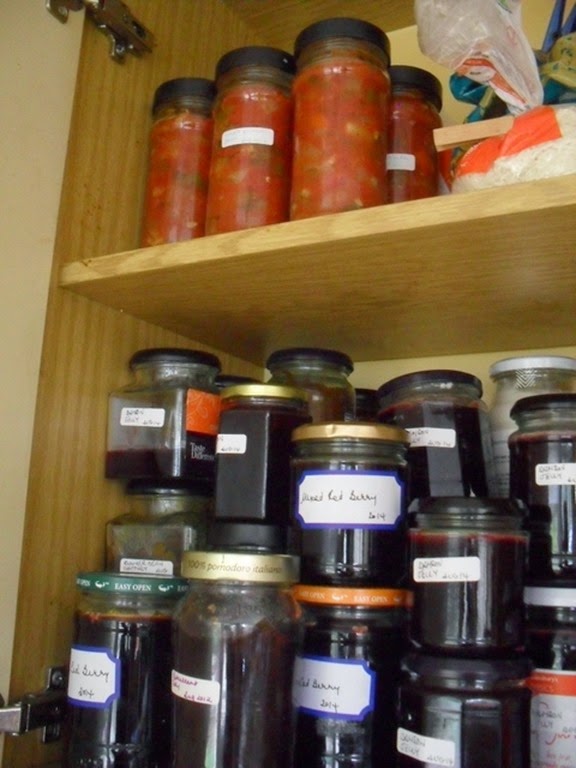 To be quite honest, even if we don’t really need to do it – I quite enjoy the whole thing of gathering in the surplus crops and trying to make something tasty out of them – and I do get quite a kick out of opening the cupboard and freezer and seeing them full to the gills of homemade produce.

Anyhoo, what did I spend the last week doing. 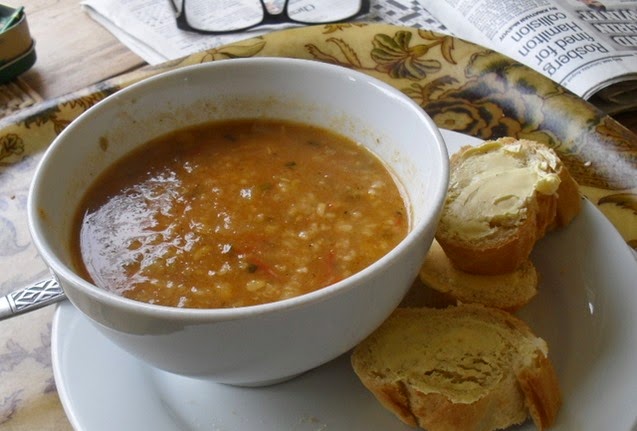 I thought I would get the (seldom used) juicer out of the cupboard and make the most of the over-abundance of James Grieve apples on my tree.  I was going to get rid of the juicer as it is only taking up cupboard space – then I thought – why not turn the apples into juice.  The result is one glassful from about ten large apples. 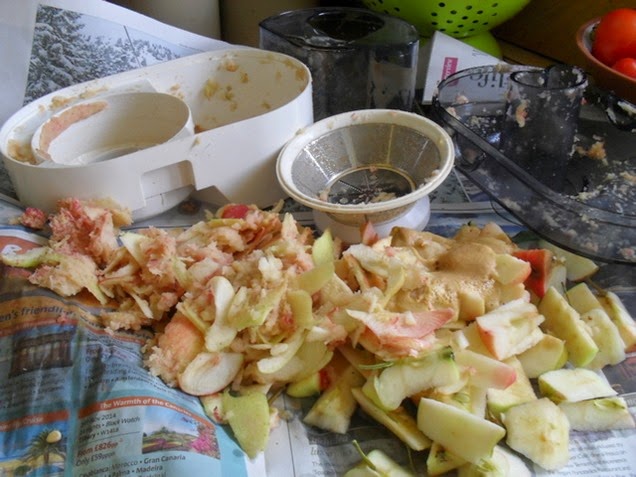 When you drink this tart-sweet juice, the sharpness makes you salivate, and look at the lovely pinkness of it.  It smells and tastes just the same as the apples, which I guess is no surprise – I found it really refreshing – but was it worth all the mess, and the washing of all the parts of the machine just for a glassful?  The jury is still out on that one – but I won’t throw the juicer out just yet – it has earned a reprieve for now. 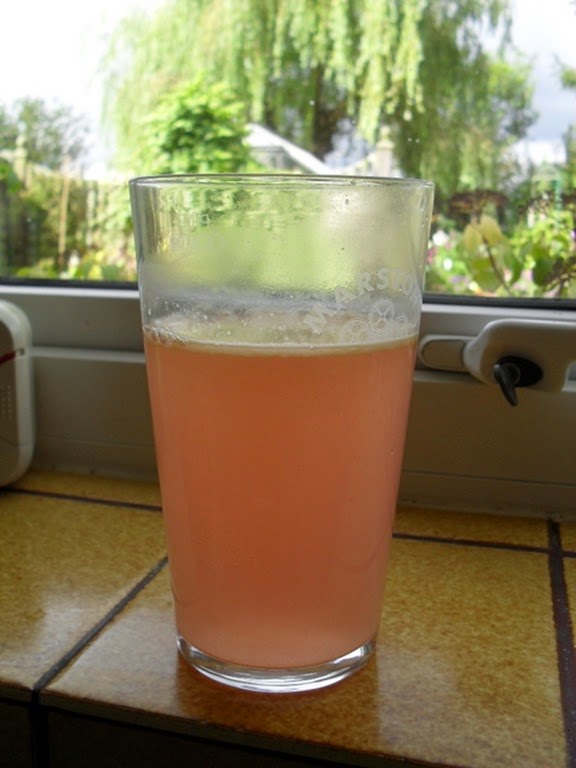 The evening on Sunday was glorious – I took a couple of pictures of the veg patch just as the sun was going down ~ as you can see it wants a good sort out ~ it all starts to look a bit messy at this time of year with the runners dying back  ~ tomatoes needing to be taken down ~ foxgloves that have seeded themselves into the beds need digging up and transplanting, all jobs that I will get on with when we come back from our September break at the coast. 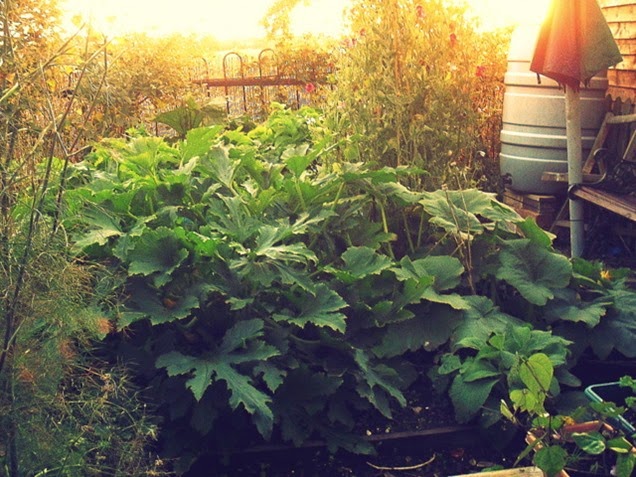 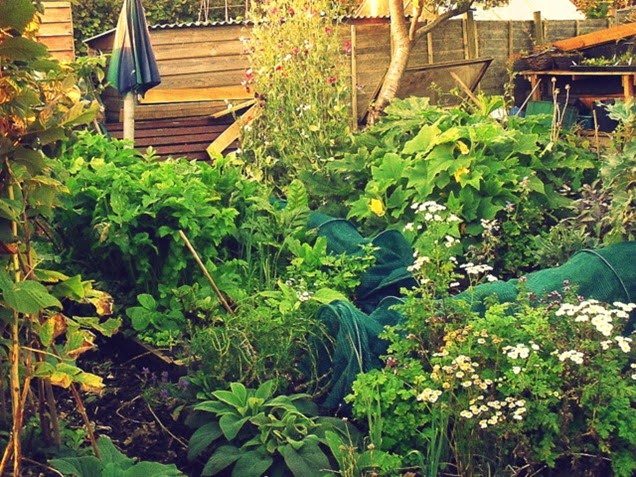 I have planted some onions in modules in the greenhouse – they were in the shop so I thought I would give them a try as I have never grown them this early before – but it seems a good time of year to get things going – the seeds I sowed last week are all through already ~ even the carrots which usually take an age to germinate ~ I’m dead chuffed because my original sowing of carrots got munched by the badgers and I haven’t had a single one this year. 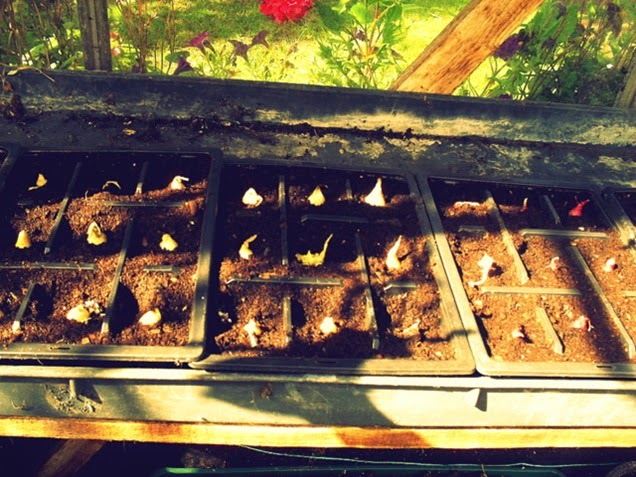 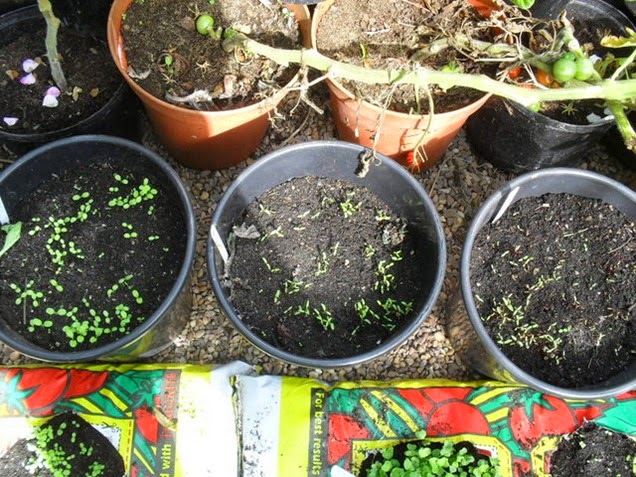 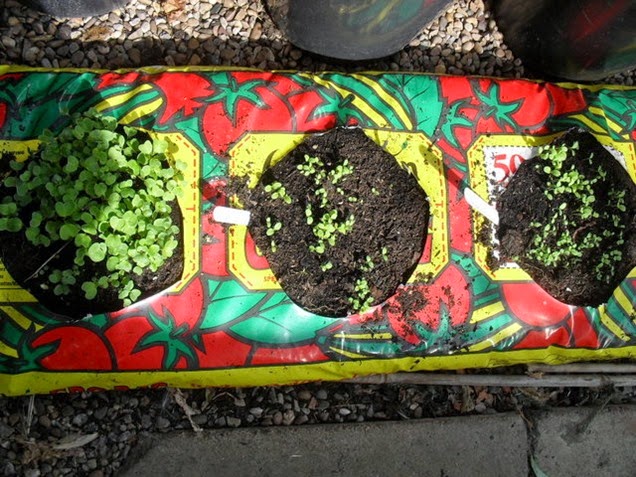 And finally – I was reading an article in Gardens Illustrated last month about the Great Dixter vegetable garden and Christopher Lloyd’s book ‘Gardener Cook’ was mentioned.  I purchased it for the princely sum of 1p. It has lots of recipes on how to use up the vegetables you have grown all given in Christopher’s own inimitable style – I shall definitely be trying plenty of them out during the course of the gardening year. 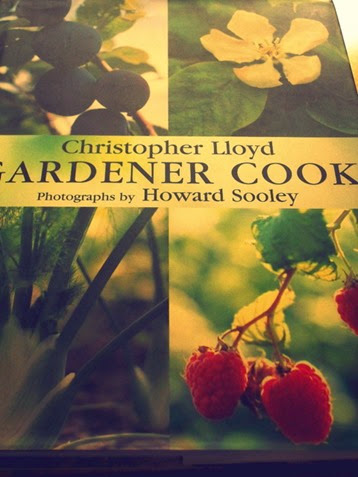 ‘Til next time – happy veg growing …