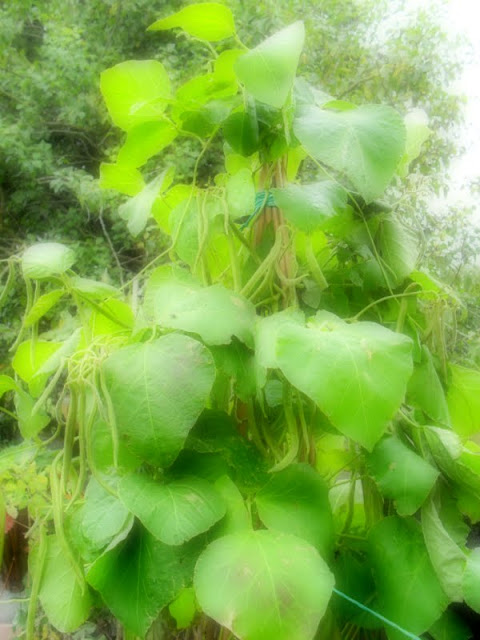 The emergency late batch of runner beans have made it just in time.  I sowed half a dozen seeds in a large container when my plants at the plot looked like they wouldn't make it. 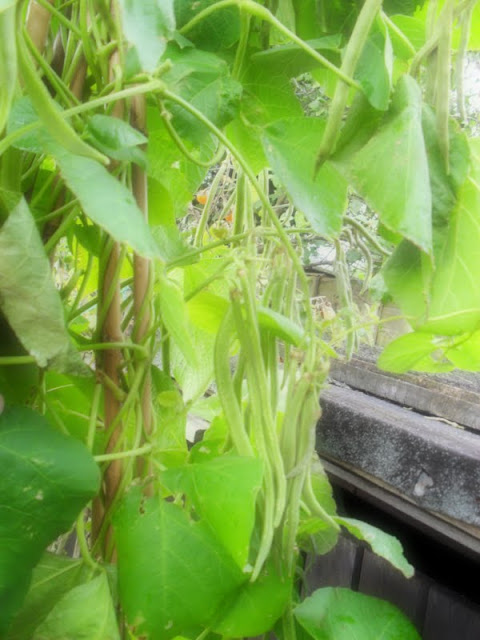 I worried that beans wouldn't form and grow in time before the frosts hit. 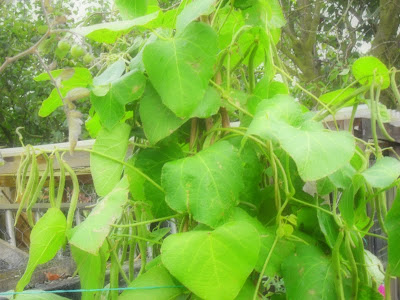 As you can see, the plan worked, but only just.  The strong winds blew the container over a few times but didn't cause any damage to the plants - I have now secured the pot to the shed with string - just in case.  And this morning I gathered my first beans.  There are enough for a good few meals still left on the plants. 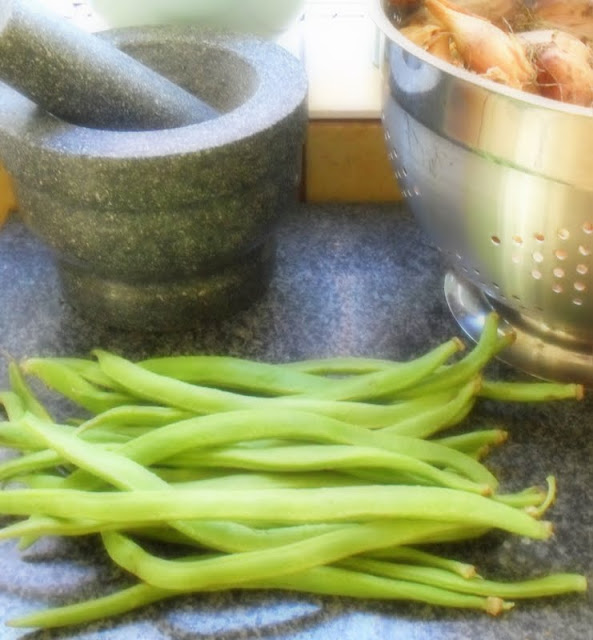 I will definitely do this again next year - not only was it the right decision to have a late batch - but having the plants raised from the ground stopped the slugs from destroying them like they did on the earlier sowings at the plot.  I love it when a plan comes together.
Posted by elaine at 08:56 22 comments:

The Big Autumn Clear Up

Well I've made a start anyway - in the greenhouse.  All the tomatoes have been stripped off the plants and the plants have been chopped down and removed. 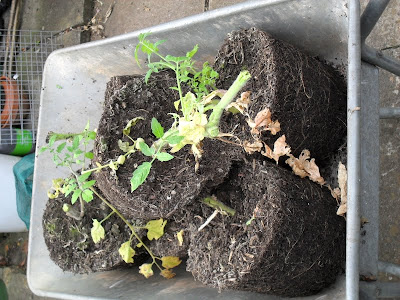 Last year the beloved made me a table out of old pallets to give me more room  to store my winter veg. 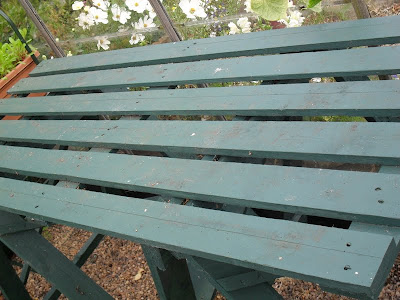 I have brought in the container with the last sowing of dwarf beans which are now in flower and the salad leaves that were growing outdoors.  The growbags that held the tomatoes will now be sown with winter lettuce.
﻿ ﻿﻿ ﻿ All the green tomatoes have been put into seed trays and placed in the mini growhouse inside the greenhouse, snug and warm, to enable them to ripen.
﻿ ﻿﻿ ﻿﻿ ﻿ ﻿ I feel better once the greenhouse is organised so I have more room to make late sowings.  I don't heat the greenhouse over winter so make sure I have plenty of fleece at the ready for extra protection. 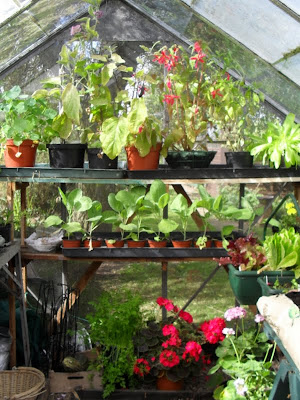 By the time I have finished filling the greenhouse it will become pretty crowded as I like to try and take geranium cuttings as well - some that I took a couple of weeks ago have already rooted. 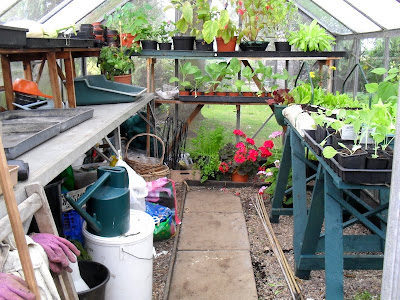 There are still loads of jobs to complete outdoors, which is a bit daunting - but, if the weather stays reasonable I will hopefully get them completed - one job at a time before the really bad weather sets in.

Have you made a start on your big autumn clear up yet?
Posted by elaine at 14:24 21 comments:

The Wanderer Returns and all is not lost

Returning from a late summer break I wasn't sure what I would find at the plot - as the weather had been hot and sunny all week.  It turns out the plot did pretty well without my interference

﻿
﻿ Just wish I had spotted this courgette before we left - I found it lurking -  whale-like -  when we returned.  The runner beans which were practically non-existant seemed to have found their feet during the week and have been cropping well ever since.  The freezer is now just about bursting at the seams - not sure what I am going to do with all the spare produce from now on.    This burst of activity on the plot is really welcome after a very slow start.  The late crops I planted as a back-up will have to get a move on if they are to reach maturity before the cold weather sets in.


Out of the four different types of winter squashes that I planted only one - the spaghetti squash - has produced anything.  One huge one and two smaller ones.  Of the rest of them - the Turks Turban - Butternut and Sweet Dumpling - there is nothing.  Not sure whether to call it a day on the squash front as I didn't have much success last year either.  The summer patty pans have been fairly prolific though, as they were last year,  but it would have been nice to have some squashes in store for winter.

As for the rest of the crops - well, I have spring cabbage ready to plant out, plus cauliflower and winter cabbage plants.  The Savoy cabbages are hearting up nicely and purple sprouting broccoli  of various types is growing rapidly.  It may have been a bad year for some veg but others don't really seem to have been affected by the weather too much - and even with the slug and snail invasions -  they have survived constant attack from all sides.  So maybe, just maybe, we might make it through to next spring. 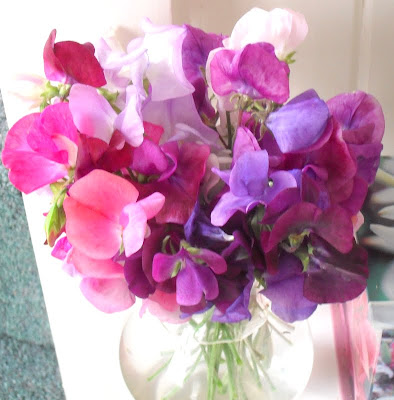 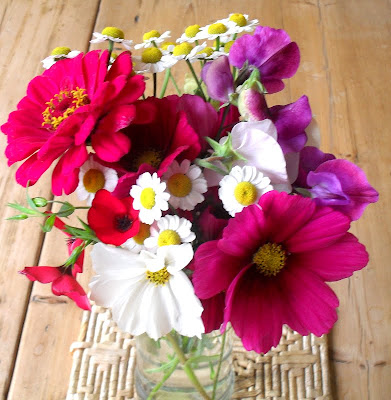 So our short summer is slowly coming to a close - blink and you missed it.