Can You Have Too Many Tomatoes?

I think I have.  After I lost the first lot of seedlings to frost in the greenhouse - I re-sowed, and I re-sowed BIG TIME.  Far more than I need, far more than I have ever sown before.  I normally plant about six for the greenhouse and three for outdoors - that is plenty for us, enough to eat fresh, cook with and freeze.  But for some reason I got a bit carried away and  have grown more double that, they have all taken and are growing well - and I can't bear to get rid of the surplus - so, what to do with them all. 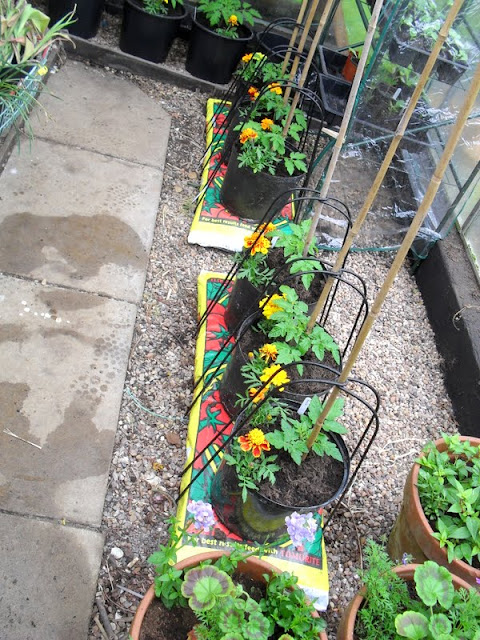 Well, here are the six for the greenhouse all planted up. 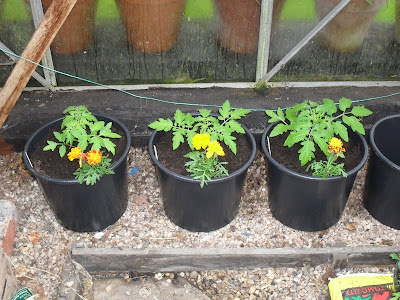 Then there are another three in the greenhouse. 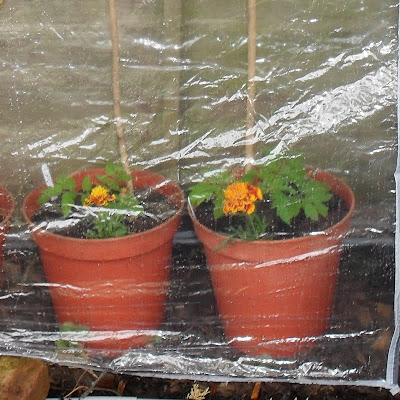 Three in a growhouse outside 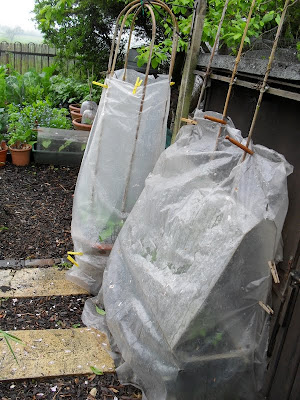 Three in a trough outside protected  with acrylic sheets, plastic and clothes pegs to hold it all together.  At the side is a container of runner beans given the same treatment.  And the rest are at the plot covered with a plastic 10ft. long tunnel cloche.  That makes about twenty four tomato plants.  If they all survive to produce fruit I will be inundated with tomatoes - ratatouille anyone? 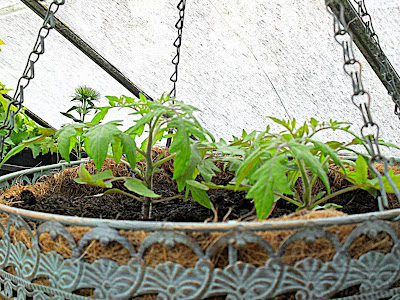 Three planted in a large hanging basket but kept in the greenhouse till the weather improves a bit.

As the weather was so good at the weekend I got loads of planting out done - I didn't want to have to pot everything on again so they will have to take their chance against the elements now. 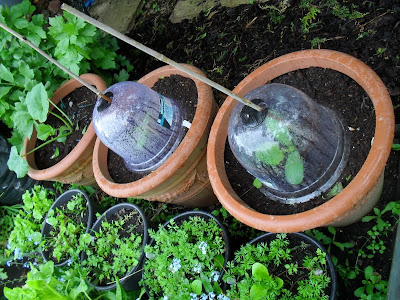 Courgettes in containers protected with bell cloches, the others for the plot haven't gone in yet. 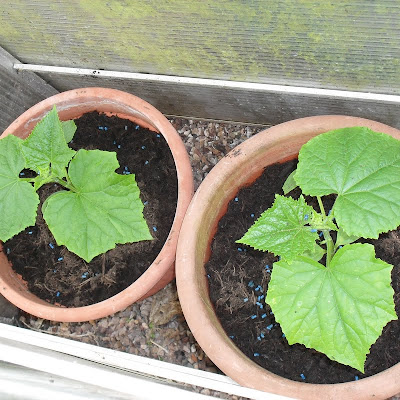 Two cucumbers in the greenhouse, the other three outside - I don't normally grow them outside but  this year the plants are strong and they have all grown really well, but if the slugs get at them I won't be too bothered as two plants is plenty.

Did you manage to get plenty of gardening done over the holiday weekend?
The weather was a real bonus - something that doesn't happen
very often on a Bank Holiday - shame it didn't last.
Posted by elaine at 14:29