Alliums - The Next Generation

I don't know whether you remember but at the end of last year I mentioned that I had been experimenting with the Allium family here.  Instead of digging leeks up when I wanted to use them I began just cutting them off at the base.  And it worked.  After cutting off the parent leek I then had at least another four cuts from each leek plant.  The picture below is the same leeks this year. 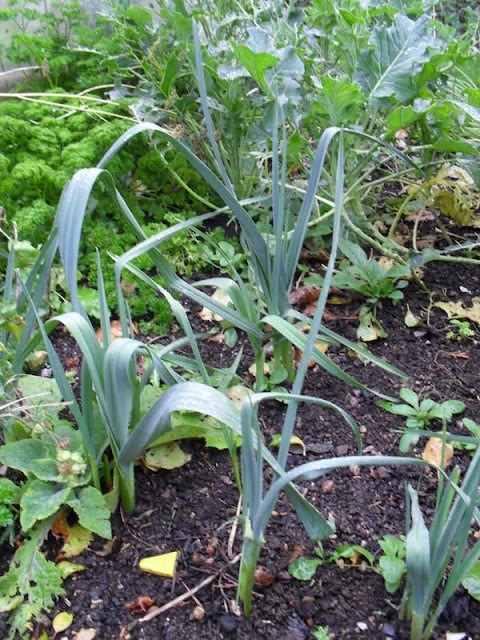 So I would say that the experiment worked - I haven't had the bother of sowing, transplanting, growing on, planting out etc.  so I am well-chuffed.  My aim was to try and get as many vegetables as I could to become perennial and if it didn't work I had lost nothing.  I tried it with a container of pickling onions, not for the onions but for the tops to cut and add to dishes instead of chives.  That sort of worked too. 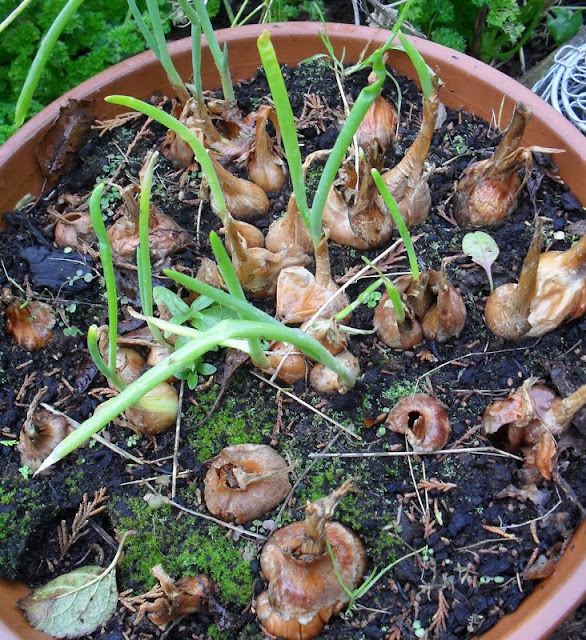 These are the original pickling onions, one or two rotted, but as you can see some have divided and are still shooting.  I will bring this pot into the greenhouse now to save them from the harshness of the weather.  It has worked on spring onions and the garlic as well.  I have also tried it with the celery. 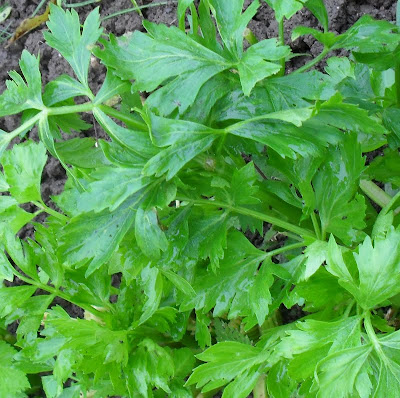 Instead of digging up the whole celery plant I cut the sticks when I needed them, eventually just leaving the base of the plant.  I left this in the ground, and as you can see it has started pushing new sticks out.  I have covered the row with a mesh cloche for protection, and if it survives  the winter I should be able to have a continuous perennial supply.

Don't you just love it when a plan comes together.
Posted by elaine at 11:26