Autumn Preparations For A Bountiful Winter

As the weather has turned colder, more blustery and extremely wet over the last couple of weeks – my thoughts have turned to preparations for autumn and winter.  A little early for that I hear you say, but I say, best be prepared a little early rather than leaving it too late. 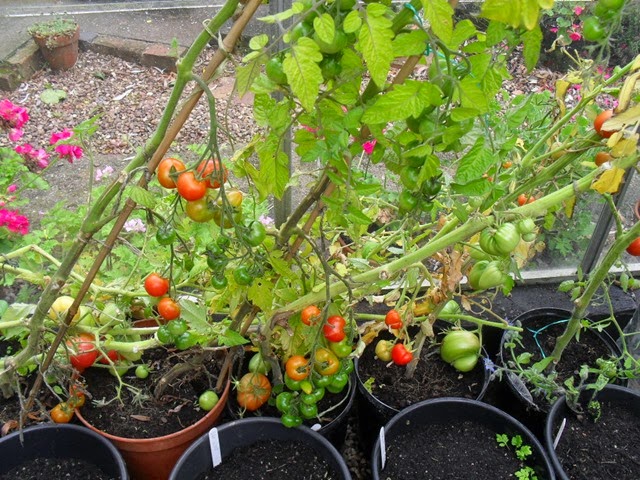 I have been transferring operations into the greenhouse where it is obviously sheltered and warmer than outdoors.  The tomato plants have been unstaked and laid down so that the rest of the tomatoes on the vine get a chance to ripen -  and I have stopped watering – a bit risky – not really, they have reached full size now  and just need to redden – possibly too much water at this stage would affect the flavour. 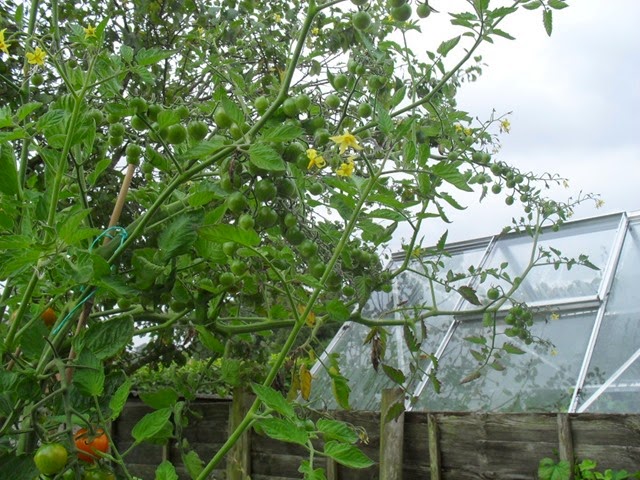 I still have Sungold outdoors where they have grown beyond their canes and are venturing over the fence into next doors garden – if they don’t get a chance to ripen now it has turned colder then I will strip the plants and bring the fruits indoors. 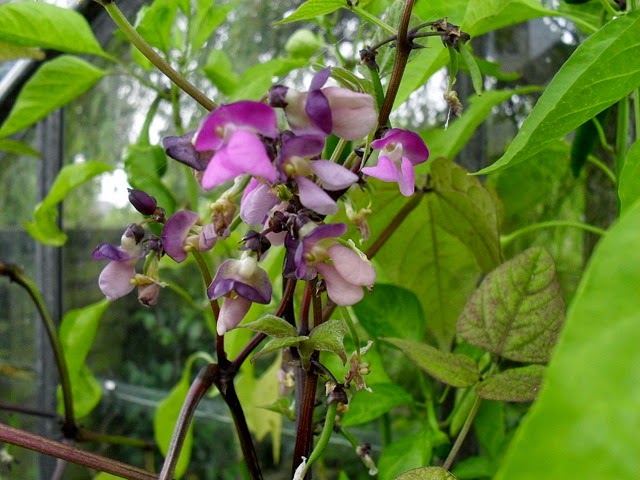 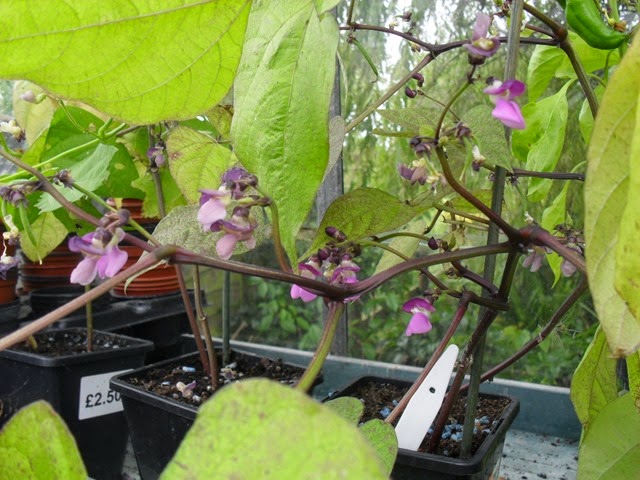 The French Beans left in plant pots have been transferred into the greenhouse away from the cold and the slugs and already these late-sown plants are forming tiny beans. 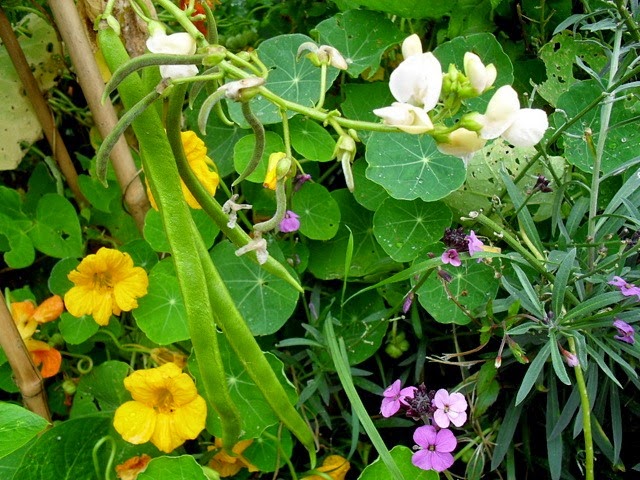 The runners have just about finished now but the ones I planted in the flower bed, which haven’t performed very well, are just starting – they obviously don’t seem to like being amongst the flowers and maybe haven’t had as much water as the others – I won’t experiment like this with them again as the beans are difficult to harvest in the flower bed. 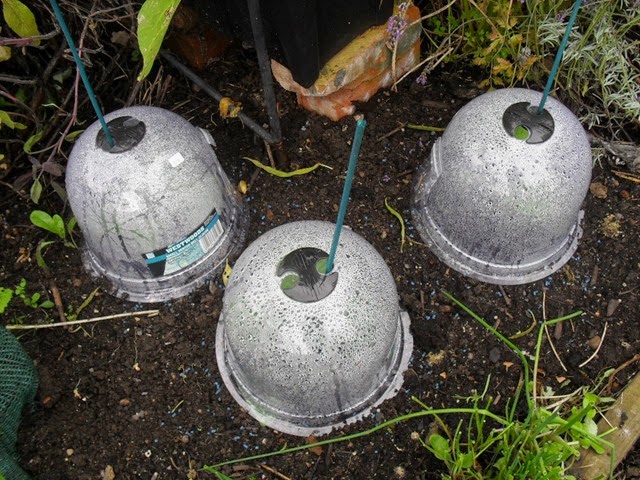 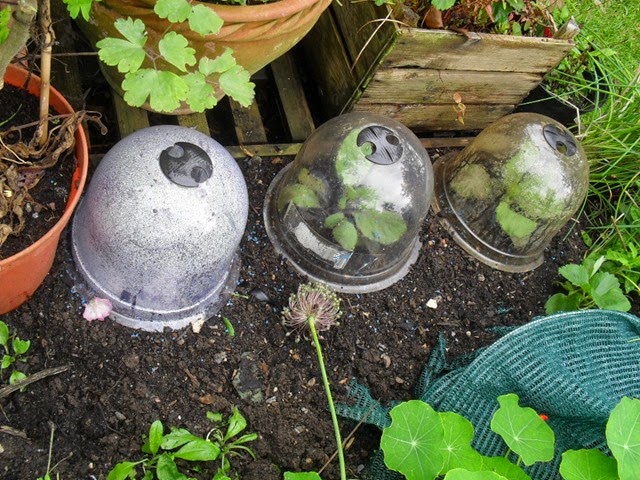 I have had to buy plug plants of all the brassicas due to the slug invasion that wiped them out – but maybe this is no bad thing, later plants means that they have missed the onslaught of caterpillars – they have been covered with nets and dome cloches until they establish – and liberal doses of pellets have been applied – I am taking no chances. 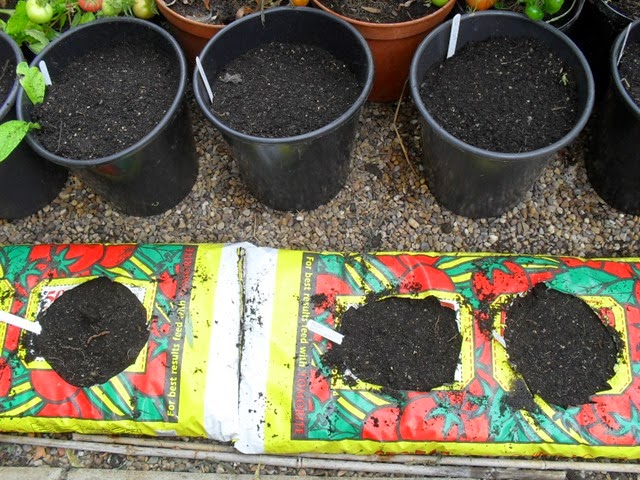 The grow-bags that the tomato pots were standing on have been sown with lettuce and radish seed – the pea troughs also, with spinach and chard, and the potato containers have been re-sown with carrots.  These are all in the greenhouse where they will stay all winter in the hope of harvesting fresh crops. 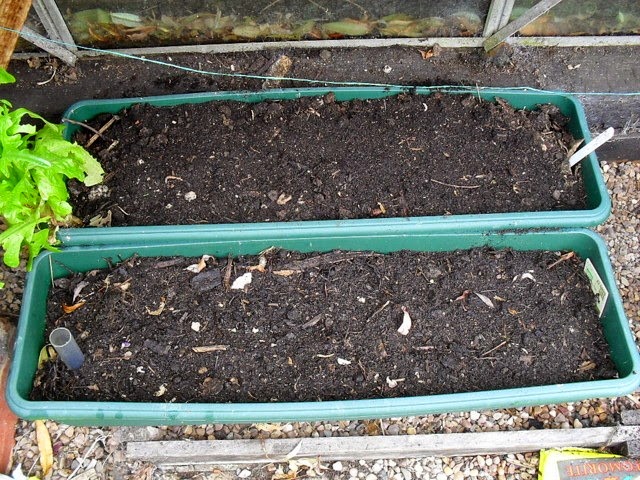 Once the courgette plants have been hit by frost I have some small cavolo nero kale seedlings to plant in their place – so that the raised beds stay productive all through the winter. 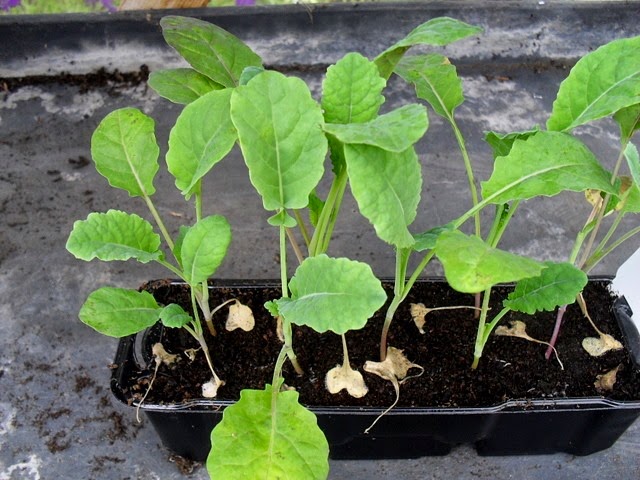 And finally, I have cleared the strawberry bed, applied fresh compost and manure and re-planted with the plants that were growing in containers in the greenhouse.  There is only enough room for a dozen plants which is plenty for us - I have covered them with a mesh cover as we are having problems with badgers in the garden at the moment, and with freshly dug soil – they are likely to dig all the plants up to use the area as a latrine. 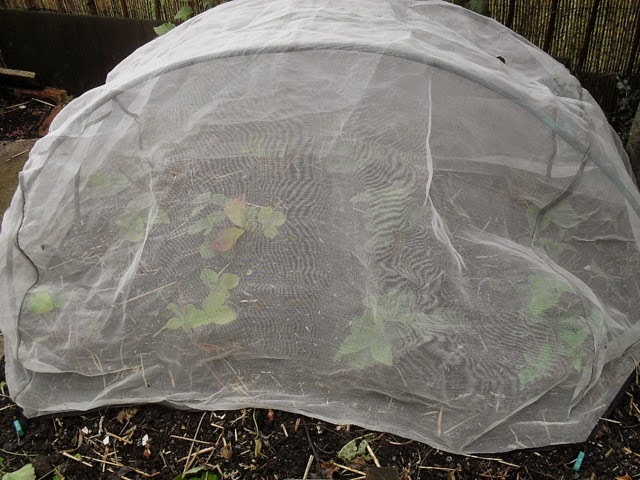 I think I am getting the hang of this small scale gardening – it has been an interesting exercise to get as much as I can out of a small space – the secret seems to be to have plants-in-waiting, ready to pop in when a crop has finished - let’s hope all my plans are successful and we have a plentiful supply of food right through the autumn and winter. 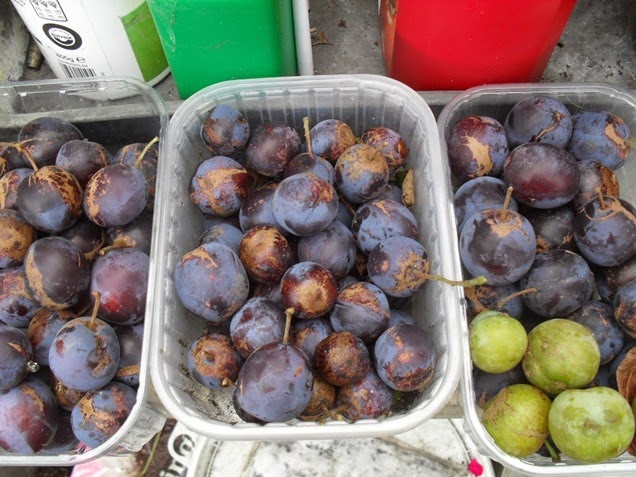 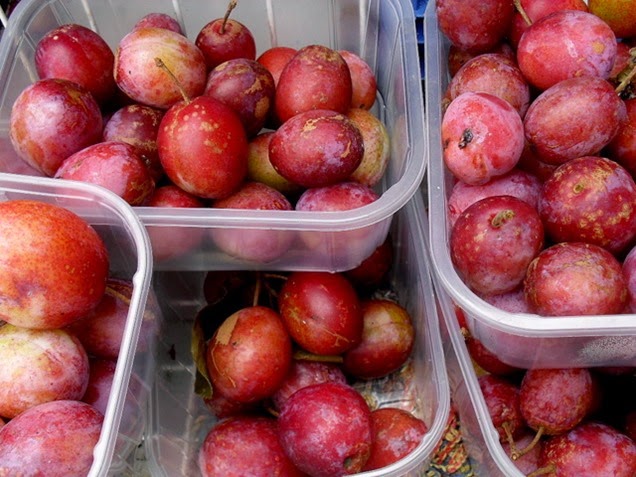 ‘Til next time – be prepared.