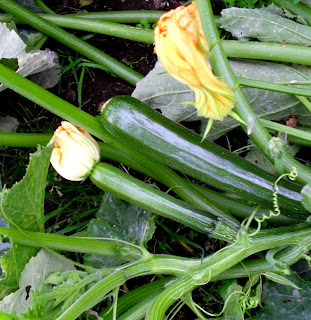 The recent bout of showery weather has meant the Courgettes  have been revitalised and they are sending out plenty more fruits.  They had slowed to a standstill, which was fine by me, as it meant I could catch up with the excess that had accumulated. 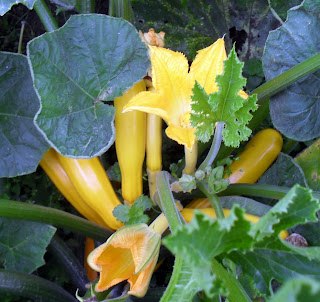 The Gold Rush variety always produce much more fruit than the green varieties and them seem slower to mature, never reaching the proportions of a whale if left on the plant. Alas, I find them a little tasteless, which is a shame, as they look so colourful when cooked and mixed in a Ratatouille or something.  The original packet of seeds I have been using for a number of years, is now empty, so I am wondering whether it is worth just sticking to the green ones in future. 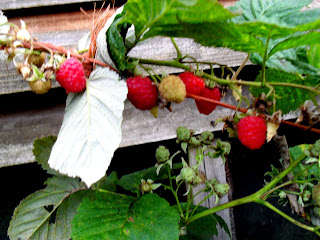 The Raspberries have begun fruiting again.  They are the same plants that produced in early summer.  I cut back the old stems after fruiting and they begin the cycle again.  Two crops from the same plant - a bargain - does this happen for anyone else, or is it my plants that have this particular habit. 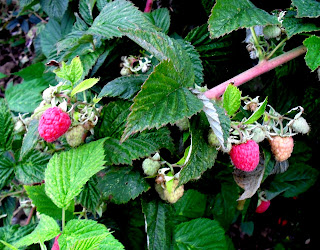 The fruits that are forming are quite large and a little sweeter than the earlier ones.  I never water them even in dry spells but always mulch them with manure over the winter.  Perhaps that is the secret.
Posted by elaine at 14:14