A few weeks ago I did a little bit of succession sowing - a small row of spinach beet - a few french beans, dwarf runner beans in pots and sweet peppers (the carrots were demolished as soon as they popped through the soil). 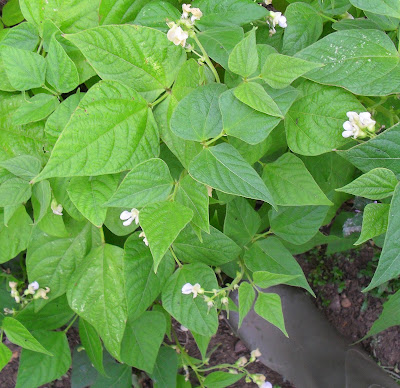 If you look at the bottom of the picture (just at the side of my welly) you can see small beans forming - the question is - will they grow to full size before the frosts hit. 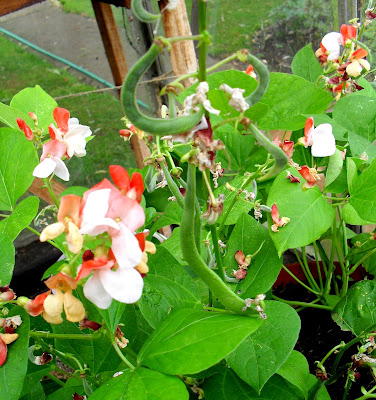 The dwarf runner beans are growing well (I brought them into the greenhouse when the gales hit us) and they are thriving.  The beans are a bit curlier than normal runners but as long as they are edible I don't mind,  So they have extended the bean season quite nicely 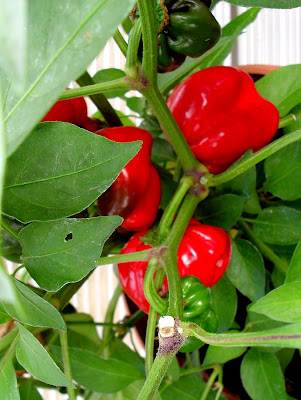 The late sowing of sweet peppers has been more successful than those grown earlier in the year - I am really pleased with the results.  And finally, 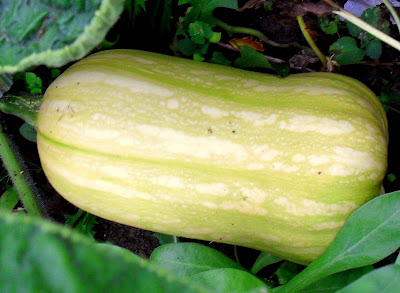 The notorious Butternut Squash (I have never grown one that is the same shape as the ones on the seed packet) - it is starting to ripen, but I think I will now have to cut the foliage away a bit and raise it, so it can catch any of the meagre sunshine we may get during the next month.
How are your late sowings doing?
All in all, my late sowings have been reasonably successful.
Posted by elaine at 11:11